“Do not compromise on national security for purely budgetary reasons. The world is dangerous, and we must always be prepared for anything that might threaten our national interests and security” wrote Sanford Bishop.

No one understands this quote from Sanford Bishop better than China who for decades has nursed ambitions to take back Taiwan in its folds. On January 02, 2019, Xi Jinping, the President of the People’s Republic of China (PRC) also known as China announced that the Republic of China (ROC) commonly called Taiwan will be taken back by 2050.

In 1945, the Republic of China (ROC) comprised both mainland China and Taiwan and its adjoining islands. However, the second phase of the Chinese Civil War which lasted from 10 August 1945 to 07 December 1949, saw the ROC led by the nationalist party Kuomintang losing mainland China to the armed forces of the Chinese Communist Party (CCP) in 1949. After its defeat, Kuomintang fled to neighbouring Taiwan. Since then, ROC comprises 168 islands including Taiwan.

China has been successful in isolating Taiwan internationally and as a result, Taiwan has diplomatic relations with only 13 nations out of the 193 member nations of the United Nations. China by way of its economic prowess has loaned money to 166 nations in the world, thus giving it a potent tool to ensure the diplomatic isolation of Taiwan.

Geographically, China has a diverse landscape with the Gobi Desert and the Taklamakan Desert in its north and the Himalayas, Pamir, Tian Shan and the Karakoram Mountain range in its west. It has sub-tropical forests in its south and a 14,500-kilometre coastline in its east. The Chinese coastline is bounded by the South China Sea, East China Sea, Bohai Sea and the Yellow Sea.

With this kind of geographical layout, it is natural that eastern China would be the centre of gravity of the country. No wonder eastern China is home to about 90% of the Chinese population and has the most important cities like Beijing, Jinan, Shanghai and Shenzen located in its eastern part.

Hence, the eastern part of China is the most vulnerable and China is aware that an attack on its coastline would make things difficult as it would get cut off from the world. It is this belly that is the most critical for China.
Hence both historically and strategically, Taiwan is of immense importance to China.

Taiwan is an island nation located in the eastern part of China which has 168 islands and a combined area of 36,193 square kilometres. It is located at the junction of the East and the South China Sea in the north-western Pacific Ocean. It has China to its northwest, Japan to the northeast and the Philippines to the south.

China has since long wanted to control the Indo-Pacific region which is critical for its security and commercial shipping apart from annexing Taiwan. With Japan and South Korea as major US Navy bases, China is at unease and occasionally carries out its naval drills to keep itself prepared for any unseen eventuality arising.

For over three decades, the Solomon Islands had been an important diplomatic ally of Taiwan as it was one of the few countries that recognised Taiwan till it withdrew its diplomatic recognition of Taiwan in 2019.

One is it gains an important foothold in Oceania to exert power over the Pacific Ocean by establishing an important naval base here in the near future. Secondly, it puts Australia at deterrence as a member of Quad.

On April 20, 2022, Prime Minister Manasseh Sogavare of the Solomon Islands announced that his government had signed a security agreement with China. This announcement shook the entire world as now China has a foothold in the island nation which played a decisive role in World War II. China can now use this foothold to block shipping routes whenever the need arises.

China has agreed to pump in millions of dollars to boost up infrastructure in the island nation. Of course, there aren’t any free lunches in the world. The take-over of Hambantota port in Sri Lanka and the Gwadar port in Pakistan by China for failure to repay the Chinese loans are a stark reminder of what awaits the Solomon Islands in the near future.

This move will also leverage China to rebalance the global order in its favour and ensure further diplomatic isolation of Taiwan.

Despite Australia which is located closer to the Solomon Islands than China, it pressurised the island nation to not sign the security agreement with China. But the decade long effort by China paid off, thus sending shock waves throughout the world.

Even as the shock waves did not subside, the Solomon Islands signed a Memorandum of Understanding (MoU) with a Chinese firm on April 30, 2022, to make a regional aeronautical hub in the island nation. Thus, the Chinese Checkers has begun. Frank Sonnenberg aptly quoted “Recognise warning signs or prepare to be blindsided”. 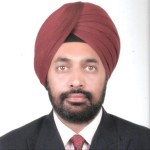 Lt Col JS Sodhi who retired from the Corps of Engineers of the Indian Army is an alumnus of NDA, Khadakwasla and IIT Kanpur. He is a M.Tech in Structures has also done MBA and LLB and is a prolific writer and a public speaker. He Tweets and Koos at @JassiSodhi24. The views expressed are personal.