In India, Marriage is considered a sacred institution. However, the crime against married women in terms of dowry is on the rise. India has the highest number of dowry-related deaths in the world according to the Indian National Crime Record Bureau. Every hour, at least one woman becomes a victim of dowry death, and the annual figures go well above 8,000 deaths. As per experts, several cases are not reported and the actual death could be 3 or 4 times the official statistics. Studies show that dowry issues cause 1.4 deaths per year per 100,000 women in India. Some recent surveys have shown that in 2018, around 27,281 dowry deaths were reported in India. Also, cruelty by husbands and in-laws reported was more than 2 lakh cases in the same year. States like Uttar Pradesh, Bihar, and Madhya Pradesh reported high dowry death in India. Though the payment of dowry has been prohibited under specific Indian laws like the Dowry Prohibition Act 1961, Sections 304B and 498A of the IPC, the crime against women based on dowry, ranging from emotional abuse and injury even to death, is on the rise. The interpretation and implementation of these laws have a lot of grey areas and need to be changed. Most dowry deaths occur when the bride /woman became impotent towards the harassment and torture by the husband/in-laws. As a result, most of the brides/women end their life by hanging or poisoning or by fire. In some cases, the woman is killed by setting her on fire by her husband /in-laws. This is known as “bride burning”.

In India, dowry demand is a burning issue among the bride and her parents. If the girl’s parents cannot satisfy the dowry demands after marriage the bride was burnt alive or forced to commit suicide. Dowry death is considered one of the many categories of violence against women, alongside rape, bride burning, eve-teasing, female genital mutilation, and acid throwing. According to Section 304-B of the Indian Penal Code (IPC), “where a bride is within 7 years of her marriage is killed and it is shown that soon before her death, she was subjected to cruelty or harassment by her husband or any relative of her husband, or in connection with any demand for dowry, such death shall be called ‘dowry death’ and such husband or relative shall be deemed to have caused her death.”  As per this section, a person to be termed guilty only if the crime has to be ‘proved’ or ‘shown.’   The awful fact is that many times, the crime isn’t proved since the murder or harassment is concealed as an accident, and the criminals escape easily.  National Crime Records Bureau stated that police have charge sheet around 93.7 percent of the accused, of which only 34.7 percent have been convicted.

In the olden days, social harmony was created through marriage. During that period dowry was referred to as “Stridhana”.The Strīdhana was the woman’s private property and remained so throughout the marriage. Dowry system originally came into being as a method of fair distribution of parental or ancestral wealth among the children. Daughters who usually moved to the husband’s house were given gold, jewels, cows, and other mobile wealth for her financial security and independence. The family of the groom had no part of it. Thus Dowry existed in India even before the British rule, but not in the current format. But the traditional dowry system converted into a threat when the British prohibited women from having any property rights which meant that all the wealth that a woman got from her parents would be owned by her husband. It highly degraded the status of women in India. The groom’s family started looking at the property and wealth of the bride as a source of income and thereby the social harmony created by the institution of marriage was washed away.

Even Though the people in India are well educated and open-minded, at the time of marriage in most of the families dowry exist. Due to the open-mindedness, the groom’s parents only said we want only your daughter.you can give your daughter as per your wish”. But the truth is that the groom’s parents always have an eye on the wealth of the bride’s behalf. They rated their sons based on the qualification. The price range varies from 1 crore to 10 lakhs plus jewelry, cars, house, other gifts, and a  grand wedding. Gradually after the marriage the groom’s family often demands more dowry if their expectation is not satisfied, resulting in mental and physical harassment that can lead to suicide or murder of the bride. Dowry has not only affected the women, but also her parents who often find it hard to arrange the money. Rising demand for dowry created a lot of financial burden on the girl’s family. If demands are not met it leads to in some cases harsh steps and in most cases treating the daughter in law in a not so good manner by the in-laws. So usually what happens in India, the parents of a girl child are bound to make huge investments if a girl is born – in terms of gold, bank balance, etc. It should be noted that the richer sections of the social practice the dowry system to get a better groom. Seeing this the middle class/ poor sections of the society are also forced to follow the system and debt everything they earned through their hard work to get a better groom. After marriage the groom’s family pressurizes the bride to ask her parents to buy a home, give cash, give gifts on festivals, celebrate baby showers, naming ceremonies and the list never ends. To meet all these demands to make their daughter happy in the in-laws home, the poor parents are forced to sell the rest of the properties earned through their blood, sweat, and tears or take out high-interest loans from money lenders and finally trapped with huge debts. In India, the Dowry system lowers the status of women and exploited the institution of marriage to business transactions. The problem of dowry is experienced by all sections of our society. Here, dowry seems to be the fundamental right of the groom’s family. These parents who demand dowry for their son’s become the victims if they have daughters.

Dowry has two sides. One is the person who gave it and the other the person who took it. Usually, we cannot control as a “giver”, i.e on the bride side. But as a “taker”,i.e on the side of the bridegroom, certainly we have control or refuse to take any dowry. Young men who are going to marry take a decision not to become marketable commodities sold by their parents and should remember the words of  Mahatma Gandhi “Any young man, who makes dowry a condition to marriage,  discredits his education and his country and dishonors womanhood”. 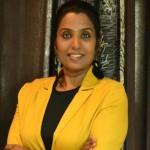