Congress – a grand old party has witnessed many organizational changes, reforms, and opinions for the last 73 years but everything happened internally. But this is the first time and unprecedented when 23 cerebral congress leaders questioned the leadership and demanded reforms in a letter to Sonia Gandhi calling for ‘Sweeping Changes’. These 23 senior Congress leaders including, five former Chief Ministers, many congress working committee members, sitting MPs, and several former Union Ministers like Anand Sharma, Kapil Sibal, Manish Tewari, Shashi Tharoor and the Leader of Opposition in Rajya Sabha Ghulam Nabi Azad.

In a crucial virtual meeting of the Congress Working Committee (CWC) on Monday 24th August over the letter written by 23 senior party leaders, Rahul Gandhi questioned the timing and intention of the letter when senior leaders like Kapil Sibal and Gulam Nabi Azad reacted strongly against Rahul. Other old guards like Kamal Nath, Ahamed Patel, A K Antony requested Sonia Gandhi to continue as the party President and Bhupesh Baghel, Ashok Gehlot demanded Rahul Gandhi to take over as Congress President. Though Sonia Gandhi tells CWC that she does not wish to continue as interim Cong president and she has decided to step aside.

According to sources, during CWC meeting Rahul Gandhi, says “the letter (to Sonia Gandhi about party leadership) was written at a time when Congress government in Rajasthan was facing a crisis, the right place to discuss what was written in the letter was CWC meeting and not the media.” He also says, “this was done in collusion with BJP. Why was the letter (over party leadership) sent at a time when Sonia Gandhi was admitted to the hospital?”

In today’s meeting, Sonia Gandhi asks CWC to relieve her from the post of party chief but she was asked to continue by the former prime minister and veteran colleague Manmohan Singh. Sonia Gandhi says she has given a note (a reply to the letter written by some senior Congress leaders to her over party leadership) to KC Venugopal, and he will read it out. But it’s now very much clear that there is a wider rift in Congress on a great contradiction – whether a party should be run by a family or by the democratically elected credible leaders.

According to sources, over 200 Congress leaders & even CMs are willing to back the 23 who have written to Sonia seeking a change in party functioning and leadership. In the letter, they had demanded a full-time president, elections from block to the Congress Working Committee (CWC) levels, and “collective leadership”, of which the Gandhi family would be an integral part.

The rebel 23 leaders created the ambience of contradictions. Gandhis falls into the trap. Emotional Rahul lost his patience – much-needed factor in politics and his one silly mistake splits Congress. 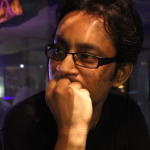