Ganesha the god of prosperity and our problem solver in every situation. In Indian religion and culture, Lord Ganesha is the primary and supreme to be worshipped. Lord Ganesha is the most beloved God among children. The children affectionately call him Ganesha. No new work begins without his worship. In all Hindu religions, Ganesha is worshipped in some form or the other. It is believed that he takes away all your problems.

There are vivid ways to be followed while we worship Ganesha. Lord Ganesh idols are placed in decorated temples, homes, and pandals. Sweets like ladoo and modak are offered to Ganesha for the next 10 days from Ganesh Chaturthi takes place.

History related to the Inauguration of Ganesh Utsav to show Unity during the Freedom Struggle.

Ganesh Chaturthi is not only associated with faith, but it also has special importance in the history of the freedom movement. Let us tell you about the history of Ganeshutsav related to Bal Gangadhar Tilak and the freedom struggle of the country.

During the freedom struggle in the 1890s, Tilak often used to sit on the beach at Chowpatty and he was immersed in the idea of ​​how to get people connected. He chose a religious path to build solidarity against the British. Tilak wondered why should not Ganeshutsav be removed from homes and celebrated in a public place so that people of every caste can participate in it.

The festival of Ganesh Chaturthi is celebrated in different states of the country but is the biggest festival at a large scale is celebrated mainly in Maharashtra. In Maharashtra and other states, the festival begins with the installation of Ganesh idol in the house and temple on Chaturthi. People bring the Ganesha idol to their homes with great fanfare.

A few days before Ganesh Chaturthi, A different kind of energy prevails in the atmosphere. Markets were jam-packed with different types of idols of Ganesha made of clay are found. Everyone worships Lord Ganesha in their homes, temples, and pandal. There are lots of activities like singing songs, dancing, chanting, performing aarti happened in Ganesh Utsav.

However, this year the celebration is not at par because Corona infection is affecting every aspect of life. Even religion and faith were not untouched by this. Ganesh Utsav is the traditional worship of every family in Maharashtra. Apart from this, Ganesh Utsav of Maharashtra is famous all over the world.

This time, due to the Corona infection, the clouds of crisis are drifting over it, but the government has issued guidelines for this, keeping in mind that worship can be done.it has been decided to celebrate the festival on a simple level. There is an Appeal to stop immersion this year. Arrangements for online darshan and aarti is made. It has also made a big impact on the market.ln, the time of profit-making periods the business tends to be declined due to coronavirus. 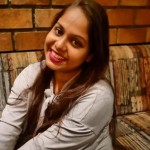