At ‘Deendayal Smriti Vyakhan ceremony, Defence Minister Rajnath Singh stated that the steps taken towards ‘Resolution of Self-Reliant India’ in the defence sector. He said Deendayal Ji used to verse that there should be a system that protects political freedom and his goals are important in fulfilling the resolution of an Atmanbirbhar Bharat.

Mr Singh said that a Negative List of 101 Defense Equipment have been released through which this Policy Decision was made, that all these equipment and Platforms will no longer be imported into India. He said that soon India is going to bring a new Defense Production & Procurement Policy.

The second major policy announcement in the defence sector is the approval of 74 % FDI in the defence sector. This has also made the path of ‘Make in India’ easier for foreign defence companies. This will enhance manufacturing Opportunities of Rs. 52000 crore that has been created in a year. He added that in the field of defence, self-reliance is extremely important for its ‘self-esteem’ and ‘sovereignty’.

He said that PM has resolved that by 2022, there will be a roof over the head of every poor person in the country. He added that in a country where half of the population is a farmer, agriculture has been neglected for such a long time that farming has become a non-profit business. In the last session of Parliament (Monsoon Session), two Agriculture Bills have been passed, through which the farmers have got true freedom to sell their produce.

After the passage of these two Farm Bills, every farmer in the country will be free to sell his crop anywhere in the country, where he gets a better price. He further said, this week, the MSP of six rabi crops has been announced, in which the MSP has been increased from one and a half times to double. The attempt to provoke the farmers by spreading propaganda and misleading will not succeed, Rajnath Singh said.

He said Deendayal Ji believed that without strategic policy, economic policy would become disabled. Only a combination of strategic policy and economic policy can fulfill the resolve of a self-reliant India. He adds that Deendayalji’s goal is economic self-sufficiency and self-reliant India to build an economy that employs every hand. He also believed that like work, minimum wage, equitable receipt and equitable distribution are also necessary for social interest. Rajnath Singh says now the government has laid the foundation of new Labor Reforms in the country by passing a new Labor Bill in Parliament. 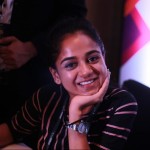 Farmers Cancel Tractor Rally To The Parliament On November 29: SKM