Today, Defence Minister Rajnath Singh at the Naval Commanders’ Conference raised the concern of being self-reliant in military requirements amidst the ongoing Russia-Ukraine conflict that intensifies the need to develop in this sector. The event took place in New Delhi where he praised the Indian Navy for being an active flag bearer of ‘Aatmanirbhar Bharat Abhiyan’.

Highlighting the Russia-Ukraine war crisis, the Raksha Mantri emphasized the immediate development of the indigenous military equipment to combat any kind of unpredictable and uncertain situation. Also, Singh mentioned the efforts of the central government to make India self-reliant in Defence and to make the nation a’ Defence Manufacturing Hub’.

At the event, he said, “the ongoing Russia-Ukraine conflict has once again highlighted that being self-reliant without dependencies is a vital necessity.” During this four day conference, the major topics discussed were boosting tri-service synergy to tackle national challenges, geopolitical aspects of the Russia-Ukraine conflict, and the Indian Navy’s operational readiness.

Further, Rajnath Singh complimented the development of the first Indigenous Aircraft Carrier, Vikrant would be another milestone achievement for India. Apparently, he also praised the other progress of the Indian Navy in the commissioning of major Naval units. 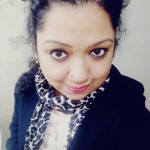